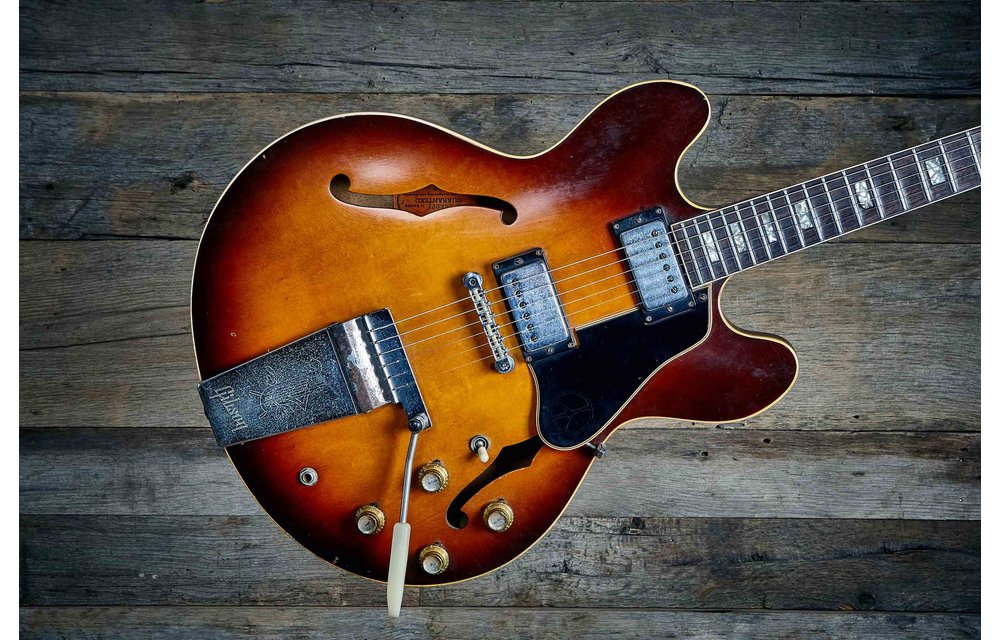 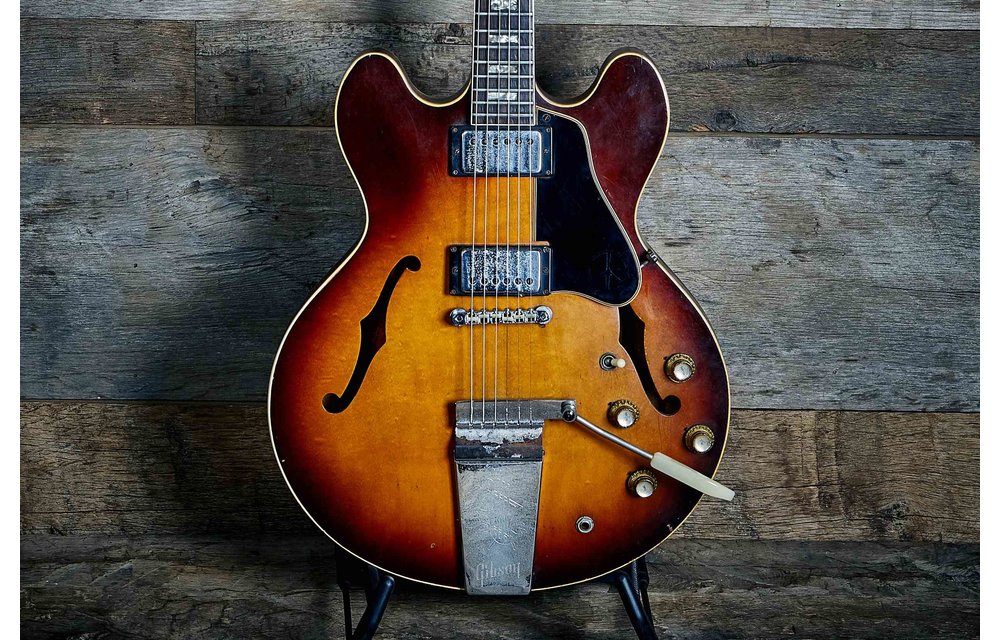 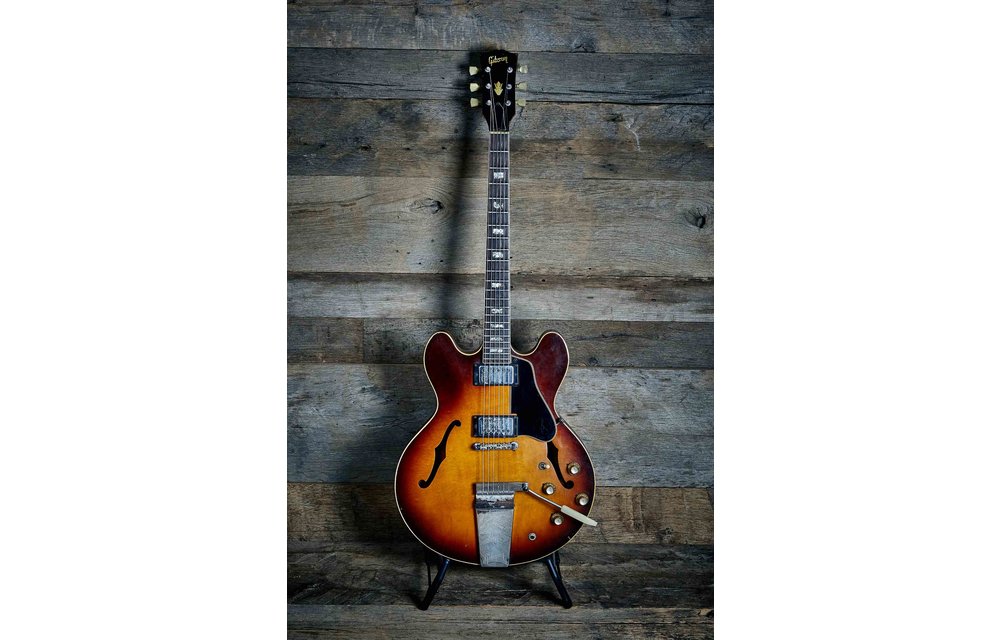 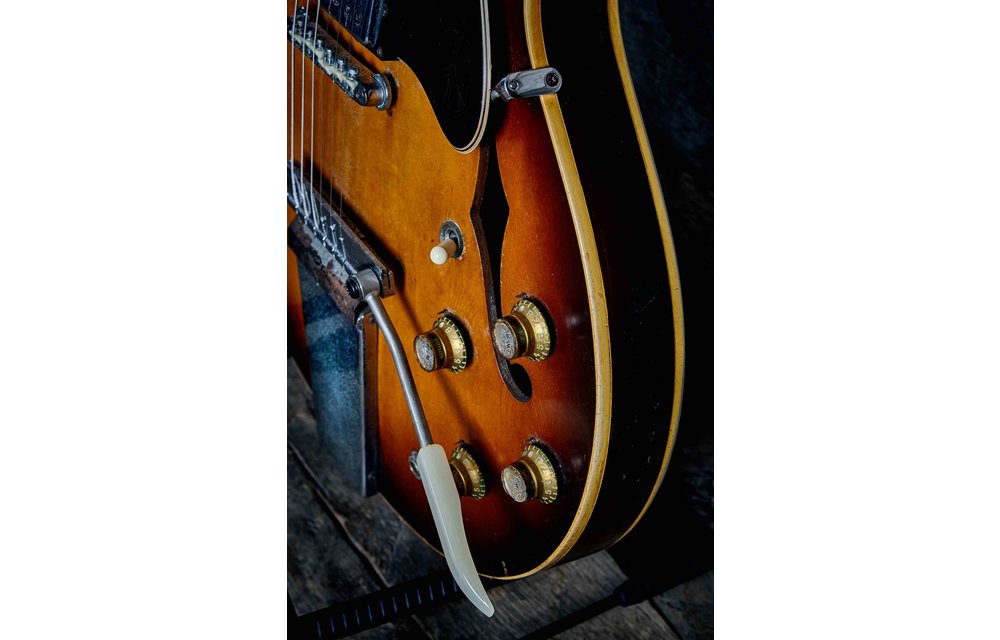 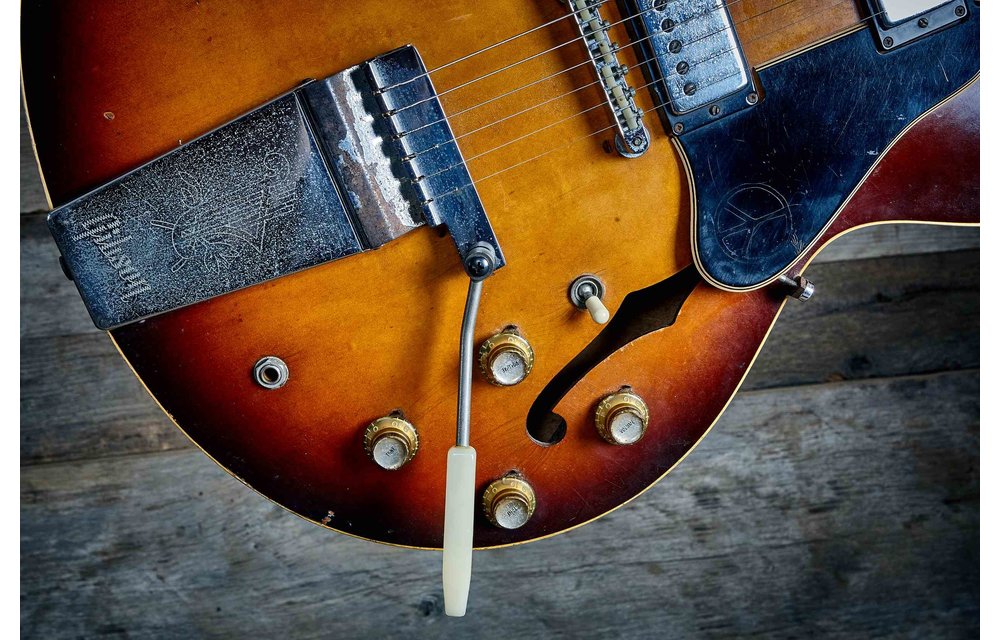 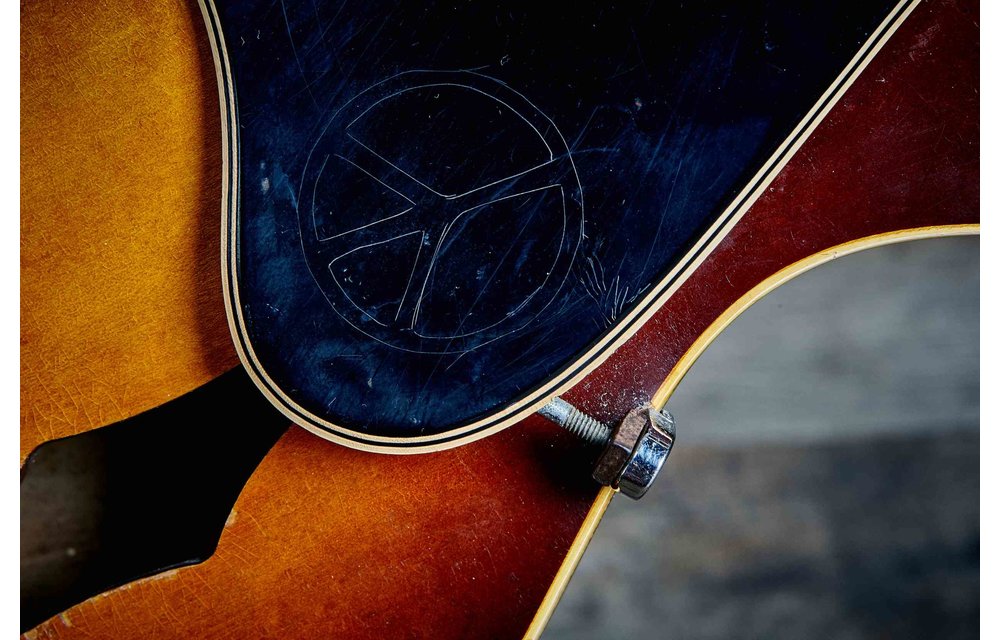 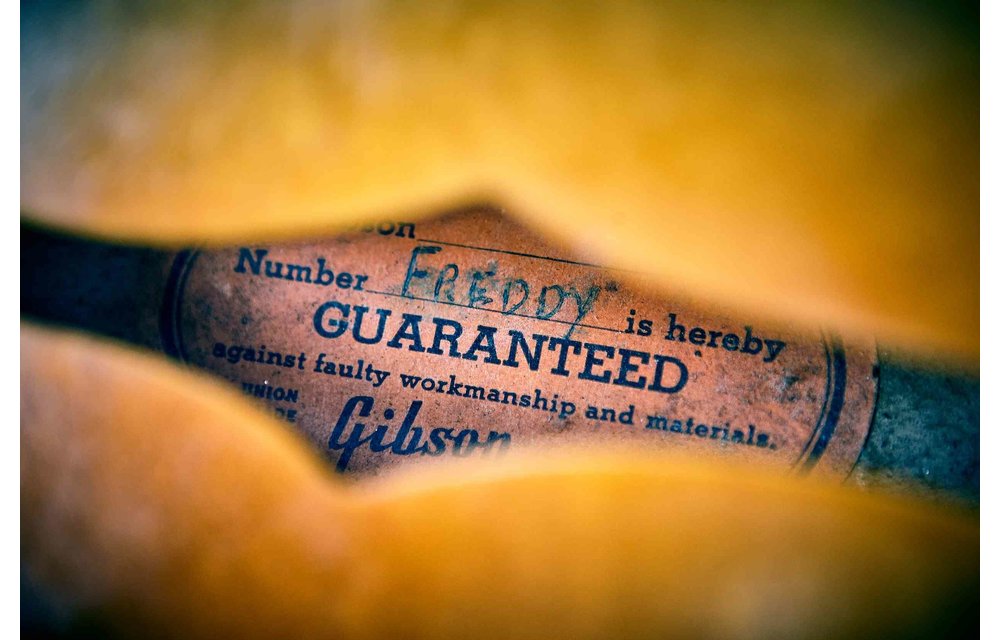 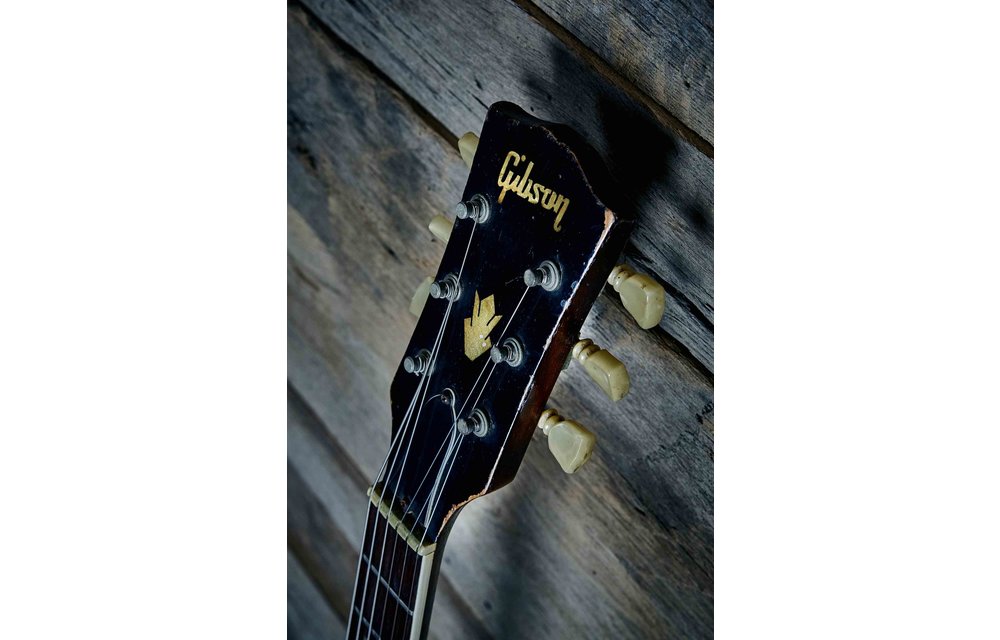 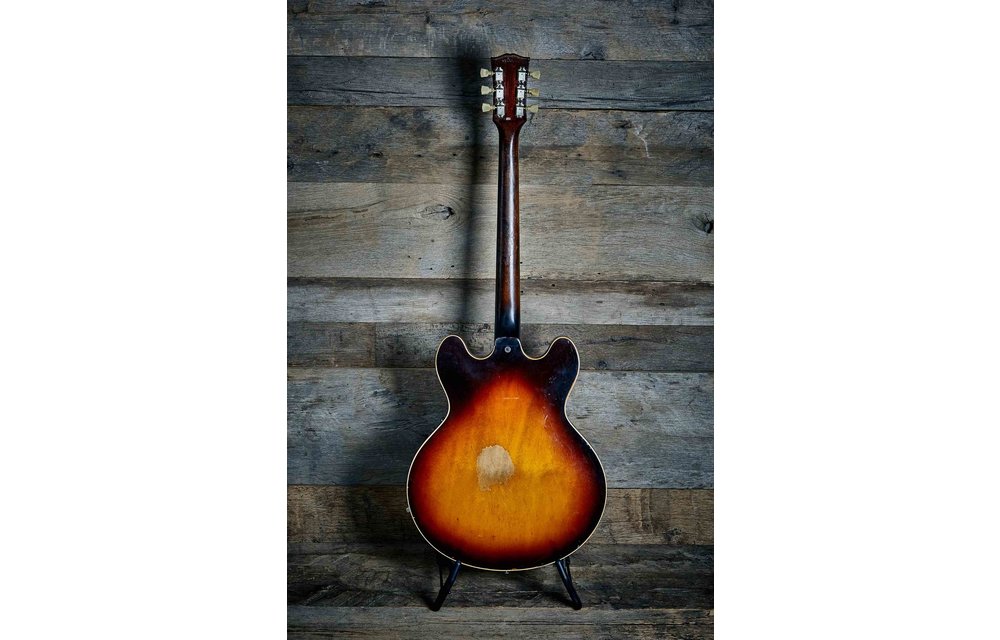 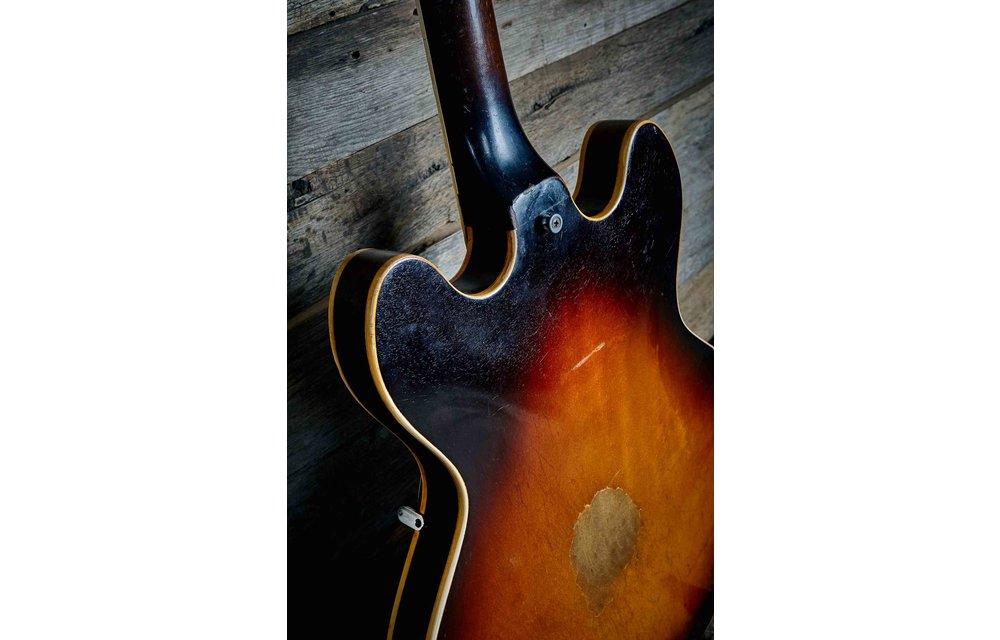 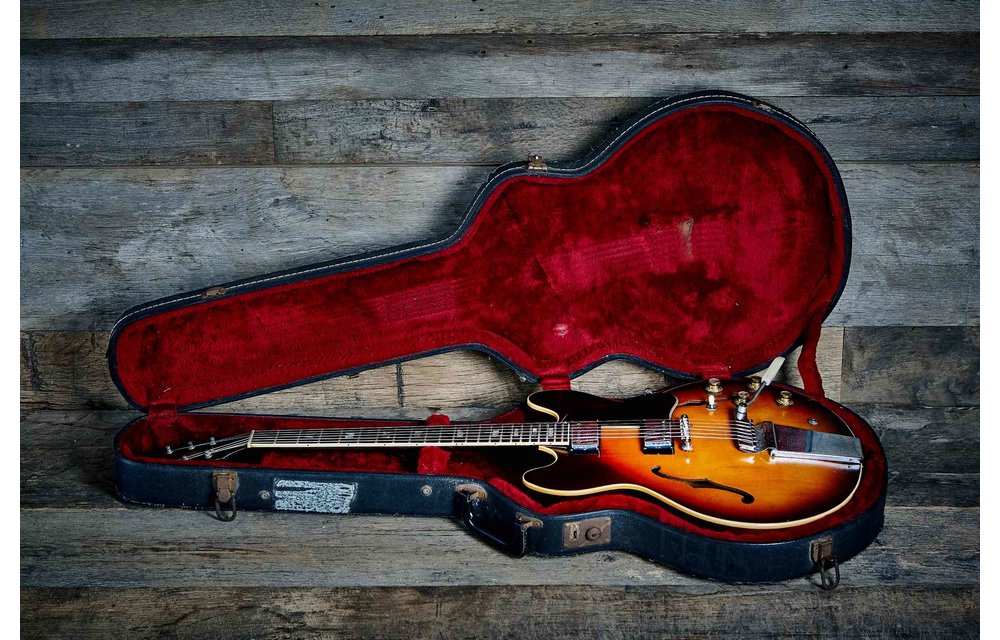 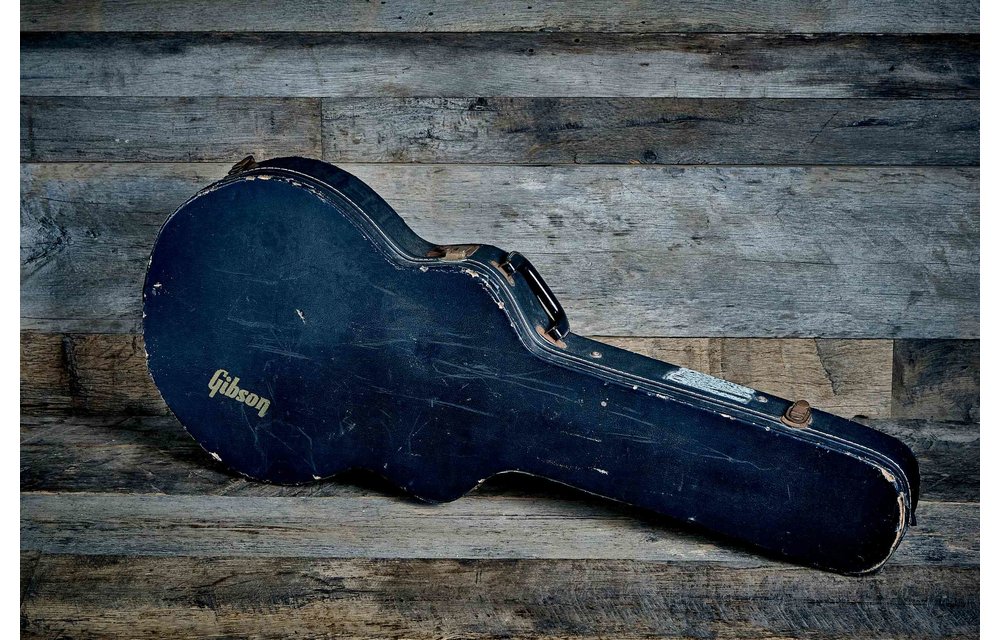 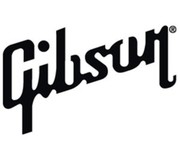 Designed by Gibson President Ted McCarty and released in 1958, the ES-335 has remained continuously in production, and a best seller, due to its broad sonic potential. A hybrid design incorporating a solid maple centre block with hollow wings of laminated maple eliminates most of the traditional feedback issues, whilst still expressing the more subtle complexities typical of a non solid body guitar.

Instantly recognised and accepted as a "musician's instrument" the 335 was immediately embraced by Chuck Berry and B. B. King (who both later adopted the more lavish ES-355) Roy Orbison, Del Shannon, and many other very established artists. In the hands of Larry Carlton, Ray Parker, Lee Ritenour, Dean Parks, Jay Graydon, or Robben Ford, the ES-335 was king of the 1970s Los Angeles studio scene. But the seemingly moderate and traditional looking 335 can unleash a white hot fury. The most famous example of this is Eric Clapton's landmark solo in Cream's live recording of "Crossroads."

This example shows plenty of minor scratches, dings and dents, buckle rash and tarnish, but this is just normal playing wear accumulated during the fifty-four year journey of an unputdownable guitar. The medium sized neck has a round profile with a nut width of 4cm, or 1.575 inches. With approximately 60% life in the frets remaining, this guitar should be good for a couple of years of solid playing yet. All hardware appears to be original, from double ring Kluson Keystone tuners, patent number humbuckers with black plastic surrounds, 4 ply pickguard, ABR-1 Tune-O-Matic bridge with nylon saddles, Switchcraft 3 way pickup selector switch, Witch Hat volume and tone knobs, through to the (uncommon on a 335) Maestro Vibrola.

Inside the body, the 1960s Orange Label is simply marked "Freddy" so we assume this was likely assembled for a Gibson employee. If so, it could partially explain why this charismatic and beautifully balanced instrument feels so good and sounds so amazing in any setting. A total of 5,718 units were shipped in 1967, making it the most successful year ever in the history of the universally loved ES-335. This particular guitar is a great example of a classic Gibson electric guitar at the pinnacle of its popularity.