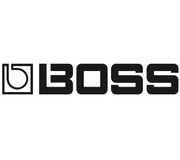 Produced from 1983 to 1991, the BOSS HM-2 Heavy Metal is a true legend in the history of distortion pedals. Its signature “chainsaw tone” with all knobs maxed is the defining voice of Swedish death metal, and the slightly milder sides of its personality can be heard on tracks from mainstream to shoegaze.

After years of requests from hardcore HM-2 fans, the iconic stomp is now reborn three decades later in a special Waza Craft edition. The HM-2W delivers the authentic analog sound of the original in all its glory, coupled with lots of modern refinements for enhanced performance. 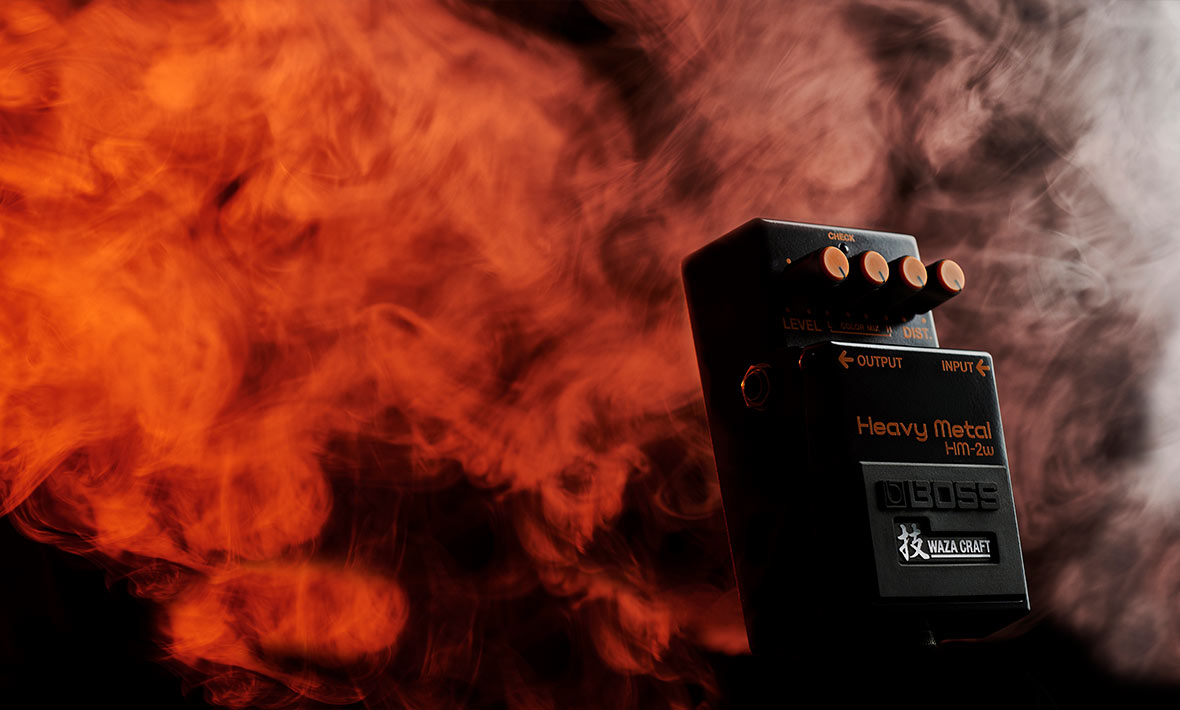 When introduced in 1983, the HM-2 was one of the first “amp in a box” pedals ever, using an innovative BOSS circuit to replicate the sound of early ’80s British stack amps favoured in the rapidly growing heavy metal genre. Near the end of its production run, seminal Swedish death metal bands adopted the HM-2 for their primary guitar tones, and its uniquely aggressive sound and focused midrange became highly sought after by a new generation of players. The pedal’s vast influence and popularity led to ongoing calls for BOSS to bring it back, and we’re pleased to present the HM-2W to all those devoted fans around the world. 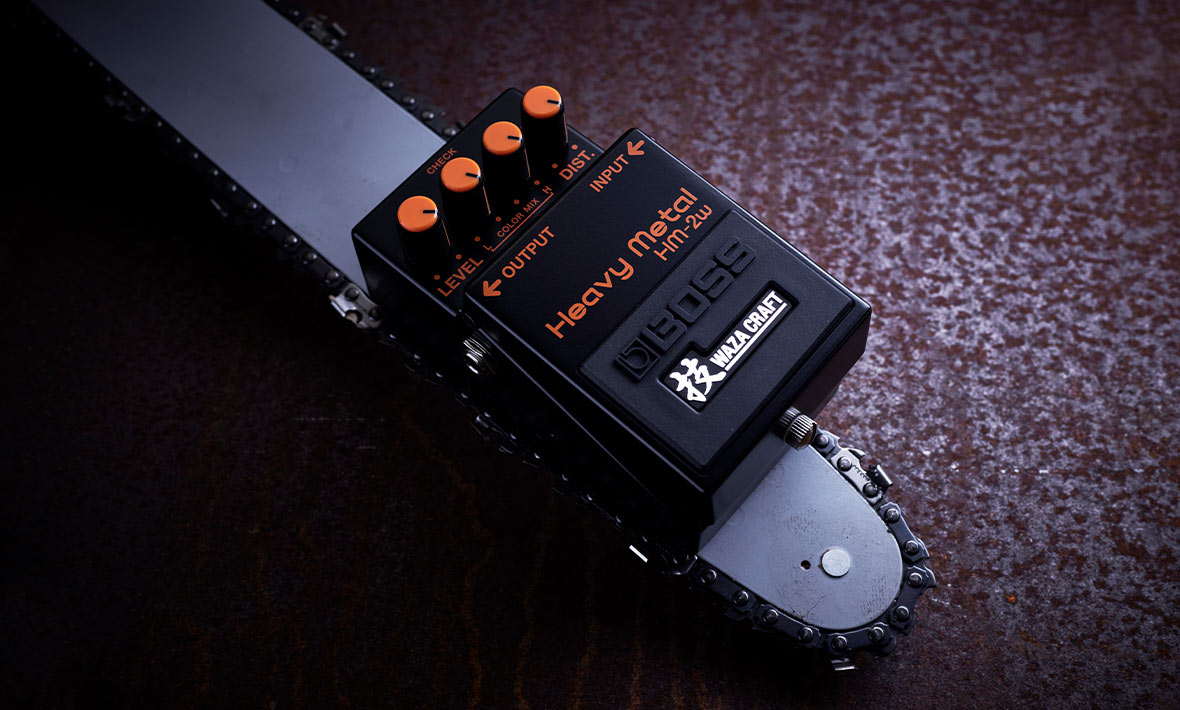 When the HM-2W is in Standard mode, the tone and response of the original HM-2 pedal is reproduced with 100-percent authenticity. We were also able to add some modern improvements without affecting the sound, including reducing the noise floor and expanding the maximum level by 3 dB. And with the premium Waza Craft buffer on board, the sound is improved when the pedal is bypassed. Cranking every knob all the way up is the sound of Swedish death metal, and you can conjure a wide range of tones for other styles with the sensitive distortion and colour controls. 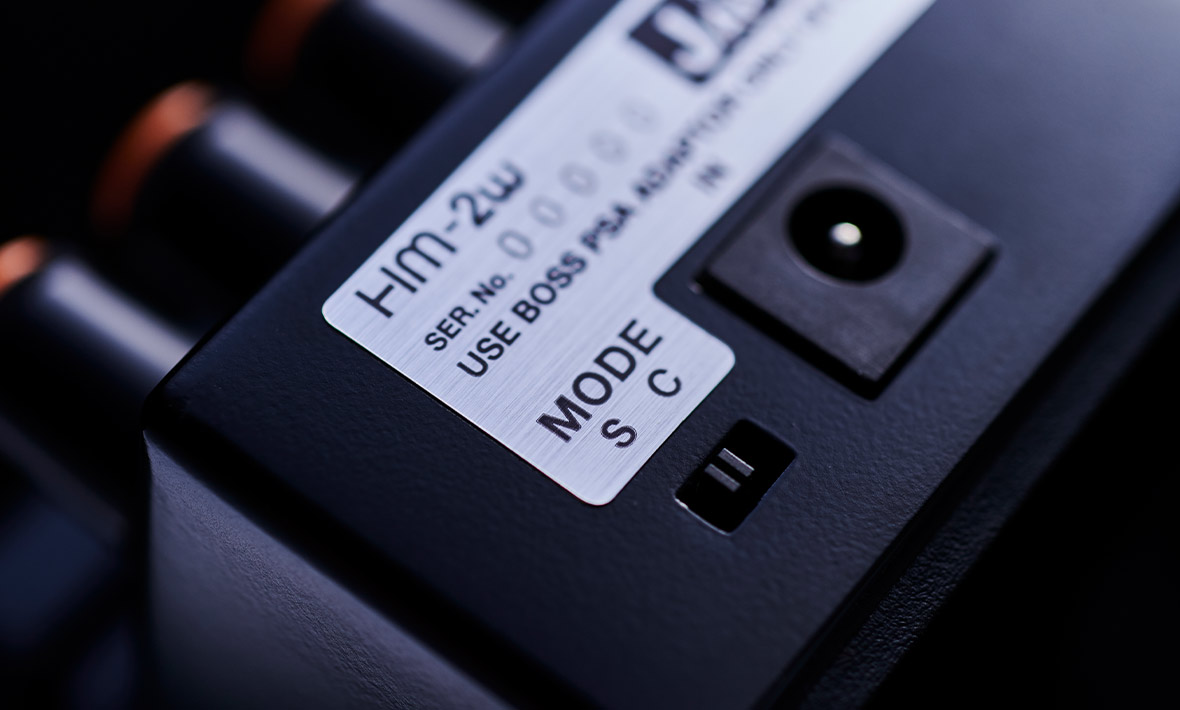 Get Even More Aggressive with Custom Mode

The HM-2W’s Custom mode offers a similar sound character to Standard mode, but with just a little more of everything. The drive stage has a bit more gain and includes more of the fundamental guitar sound for extra attack and sharpness. In addition, the low and high-mid characteristics have been tweaked to provide increased fullness and definition. 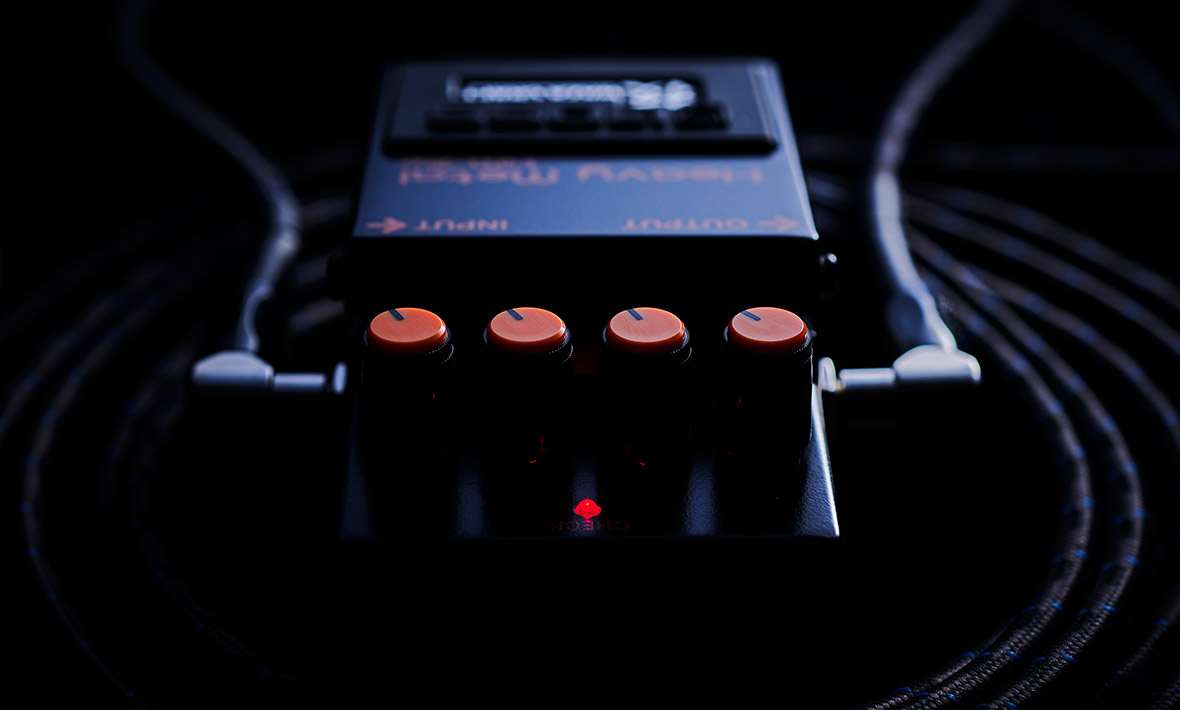 Orange and Black is Back

Along with the original HM-2 sound, we made every effort to capture the pedal’s distinctive orange and black appearance, right down to the size and position of lettering on the panel. Every Waza Craft pedal features a mode switch for extended range, and it’s been moved to the top on the HM-2W to preserve the authentic control layout of the HM-2. 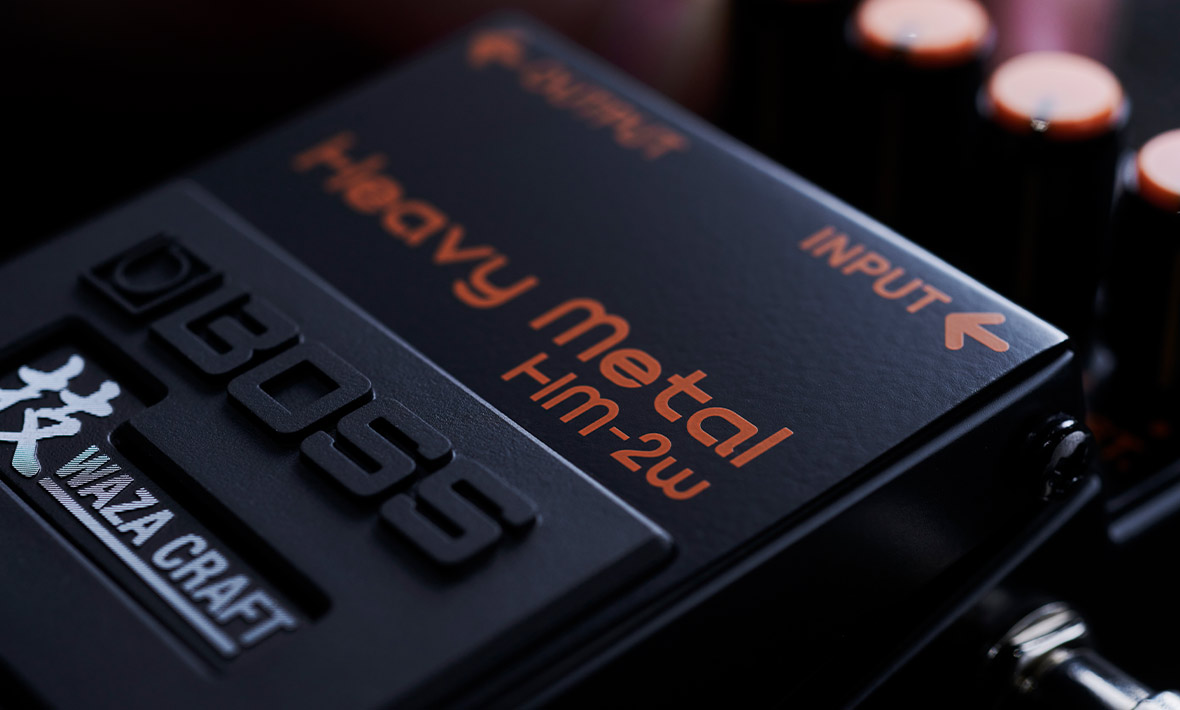 Since the beginning, the engineers at BOSS have been committed to achieving the finest guitar tones using any technology necessary, from old-school analog circuits to high-tech DSP. This enthusiastic spirit continues on with the Waza Craft series, bringing you exceptional tone and touch response through carefully selected analog components, refined circuitry, and meticulous attention to detail. In Japan, “Waza” is the term for art and technique, and these special edition pedals proudly carry the Waza symbol to represent the pinnacle of BOSS design and craftsmanship.