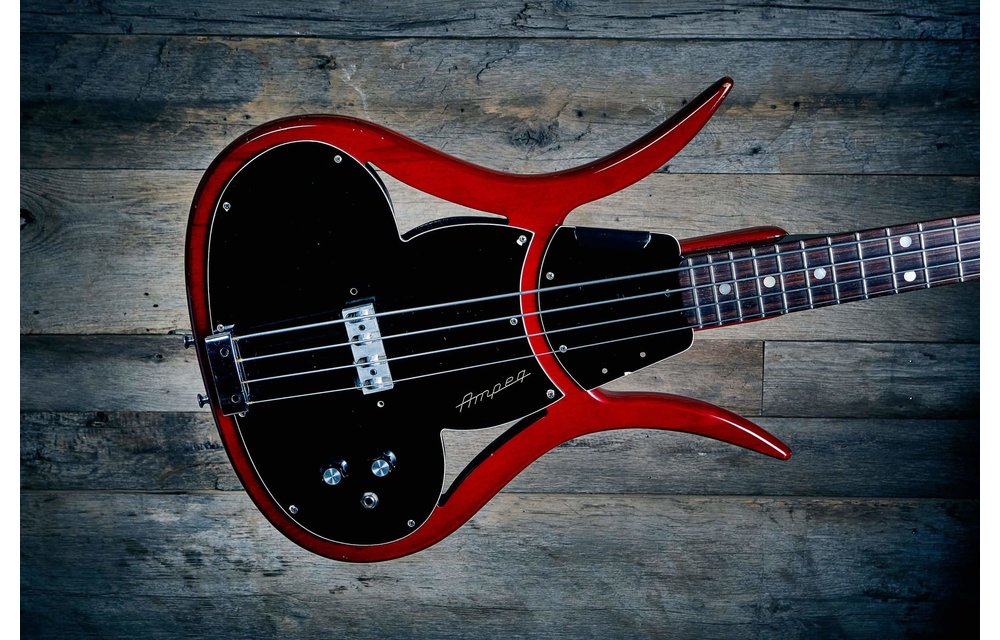 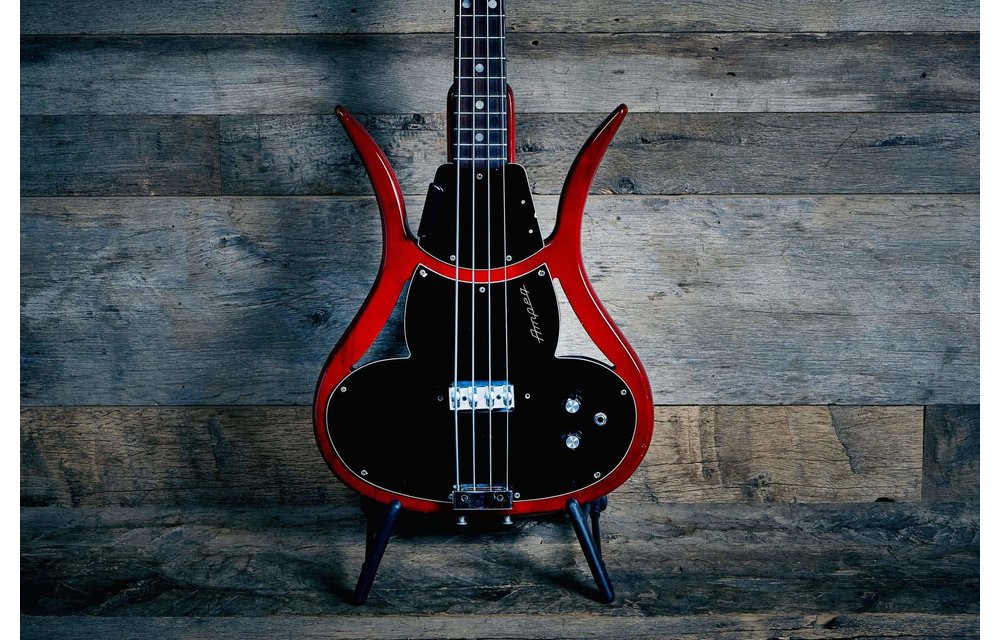 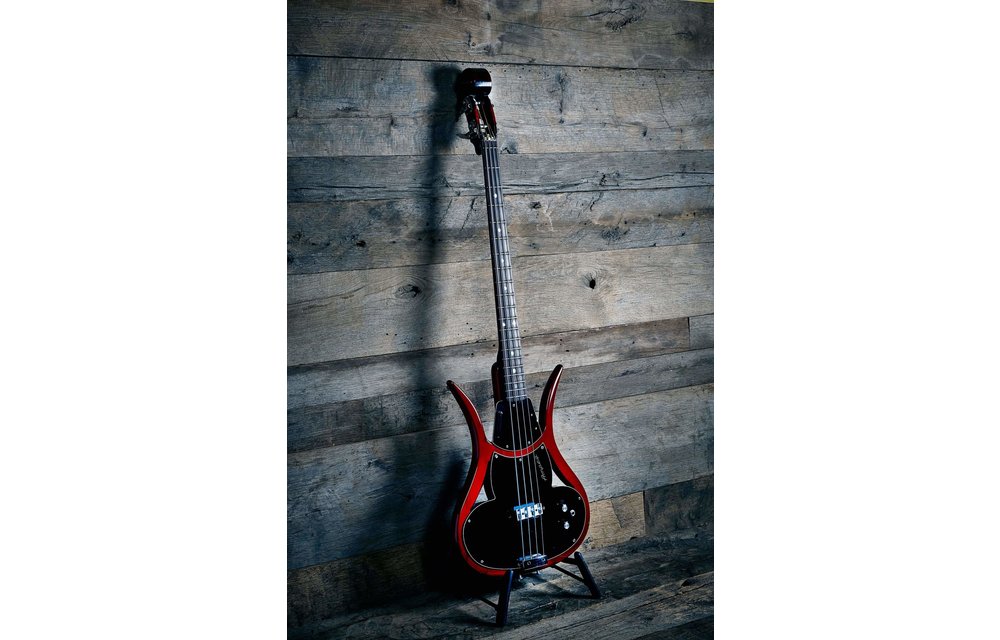 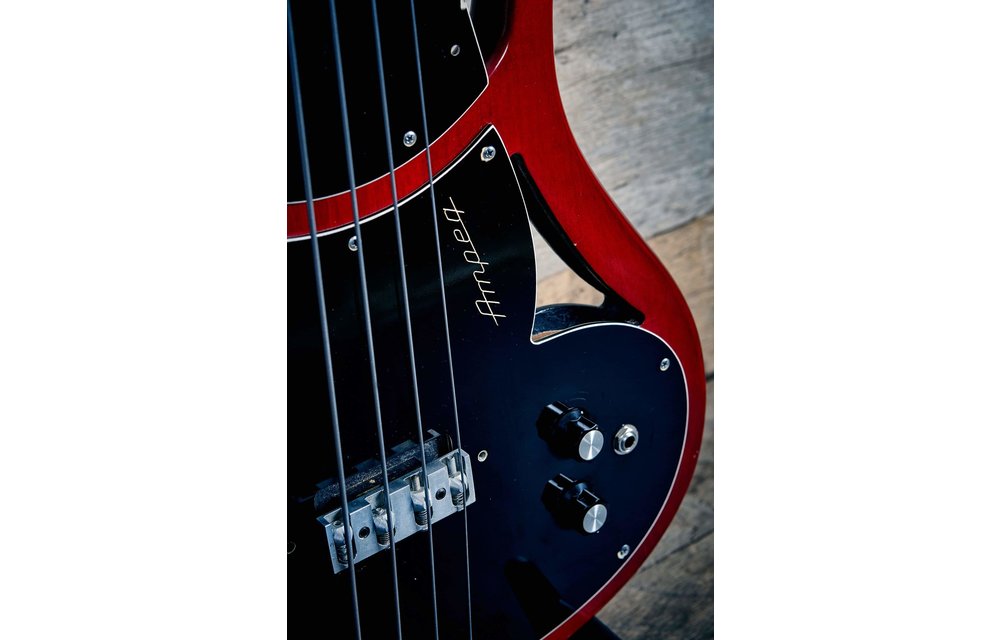 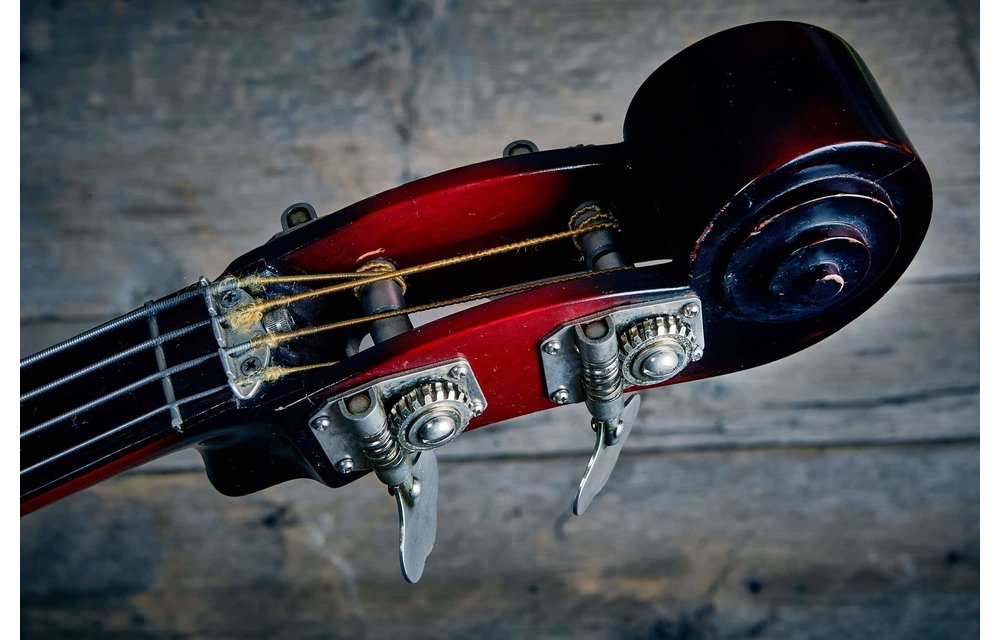 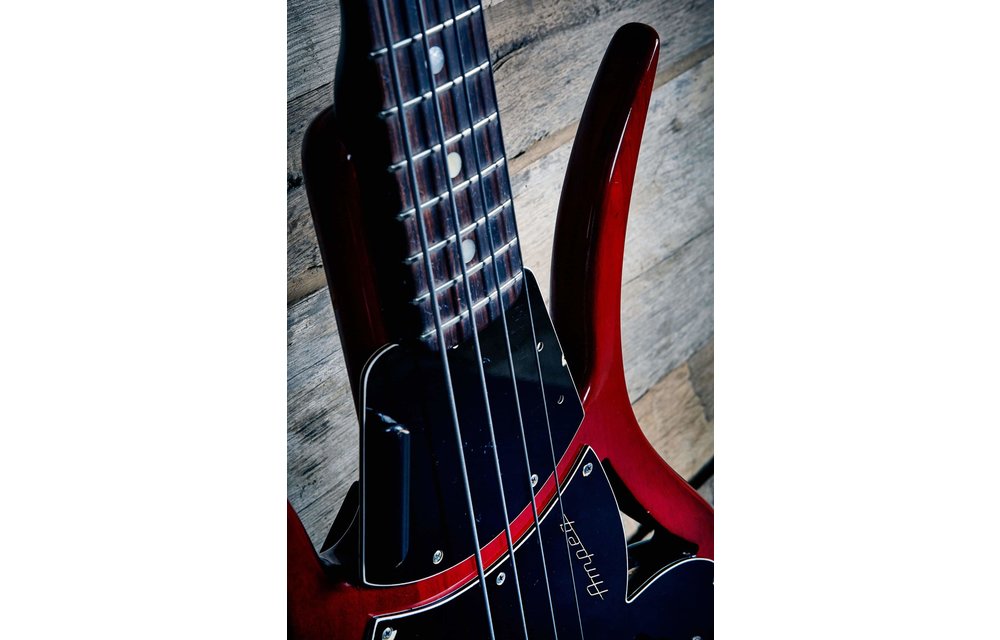 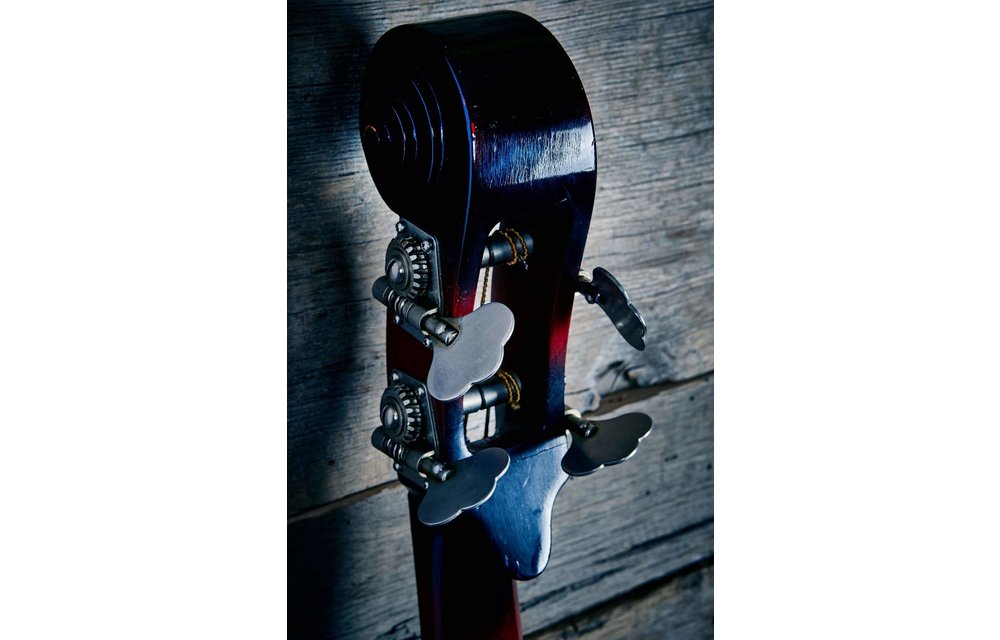 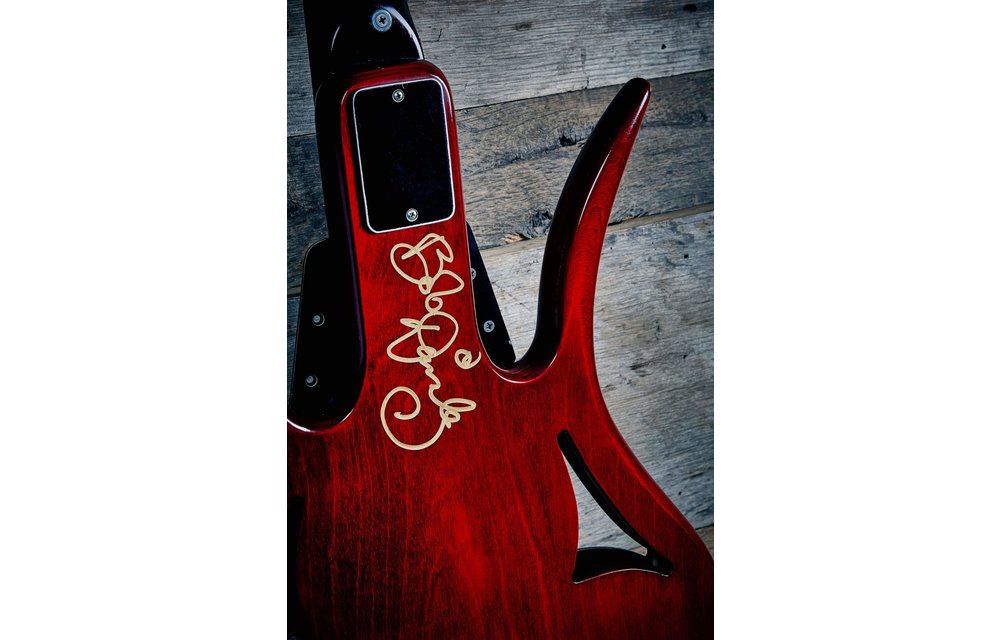 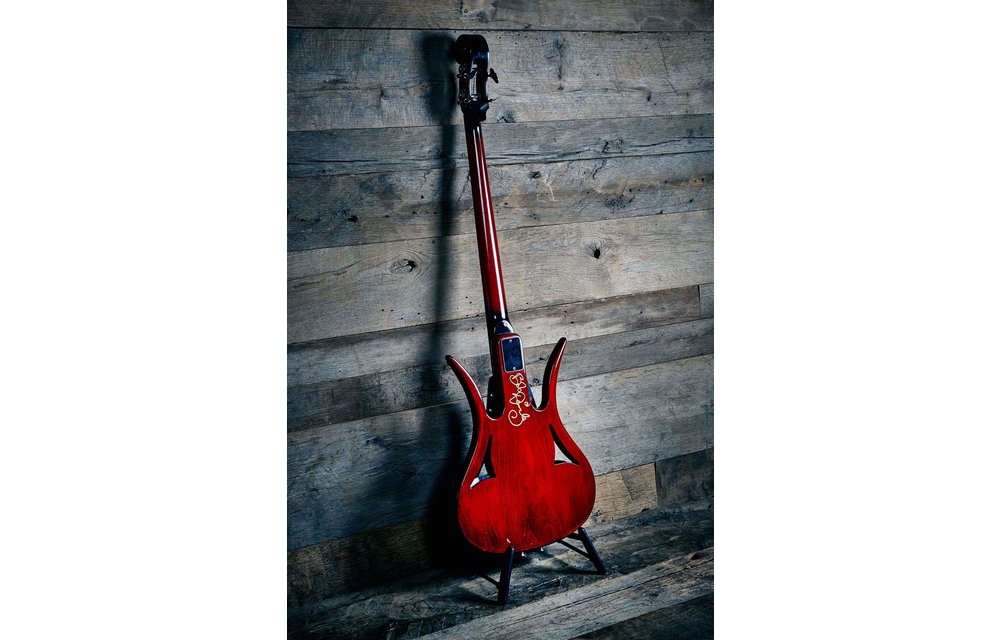 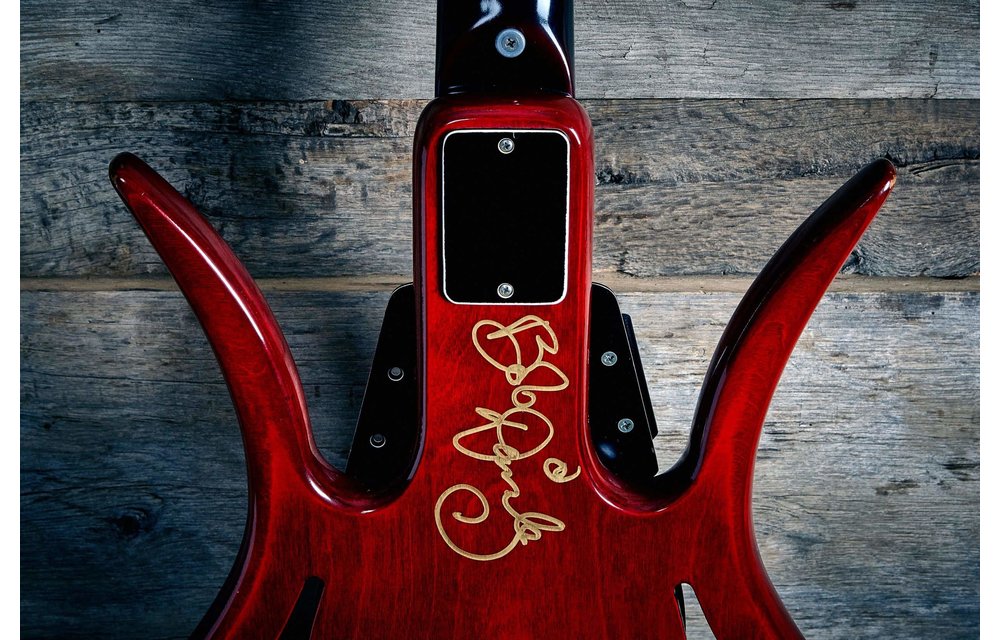 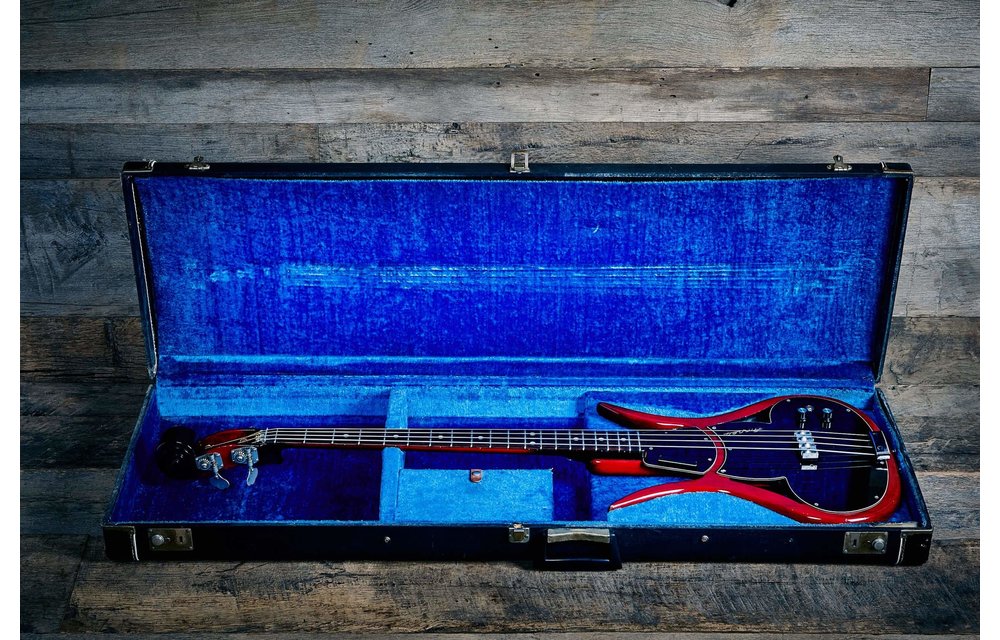 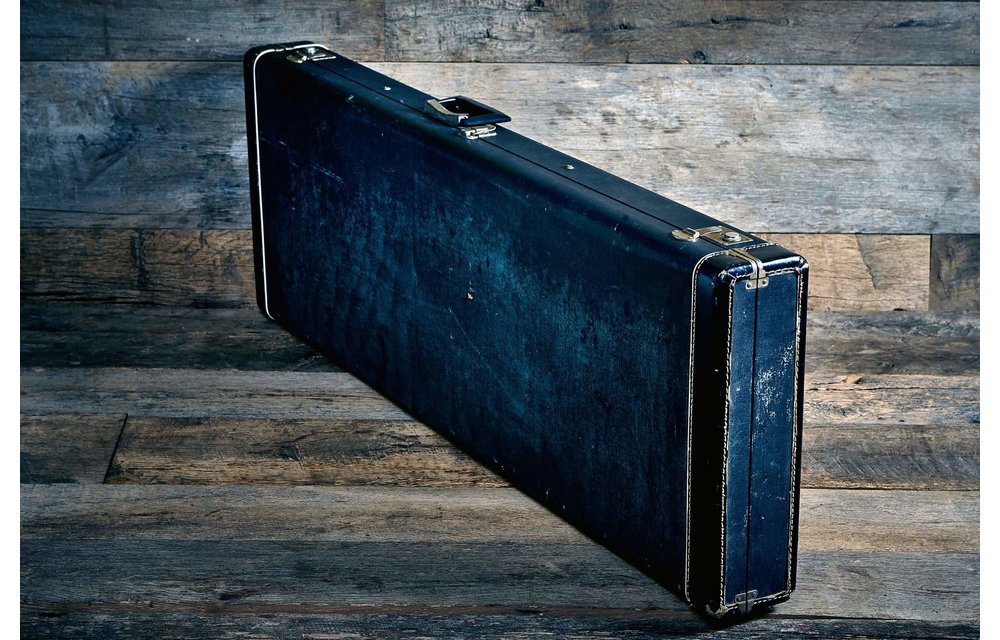 Designed by Ampeg engineer and ’technician to the stars” Dennis Kager in 1966, the rare ASB-1 “Devil Bass” has its own cult following. Made in small batches for only a year during 1966 and 1967, the ASB-1 is regarded as the most rare of instruments in the Horizontal Series by Ampeg with only 75 thought to have been crafted.

Fully hollow, with an extra-long scale rosewood fingerboard and scroll headstock (to accommodate gut-strings, currently strung with LaBella flats) and a ”Mystery” transducer pickup, the ASB-1 delivers a true and deep upright timbre, in an apparent contradiction to its somewhat confronting body styling.

Previously owned and signed by an outstanding bassist of the Rock era! As a primary contributor (along with Randy Rhoads) to Blizzard of Ozz and Diary of a Madman by Ozzy Osbourne, touring and session musician with Ritchie Blackmore’s Rainbow, Gary Moore, Yngwie Malmsteen, Black Sabbath and Uriah Heep, Bob Daisley's versatile and grooving bass lines have been heard across many multi-platinum records.

Completely original, and in fine condition, this is an opportunity for the player, rare bass collector, or celebrity memorabilia collector to acquire a really interesting item at a great price!