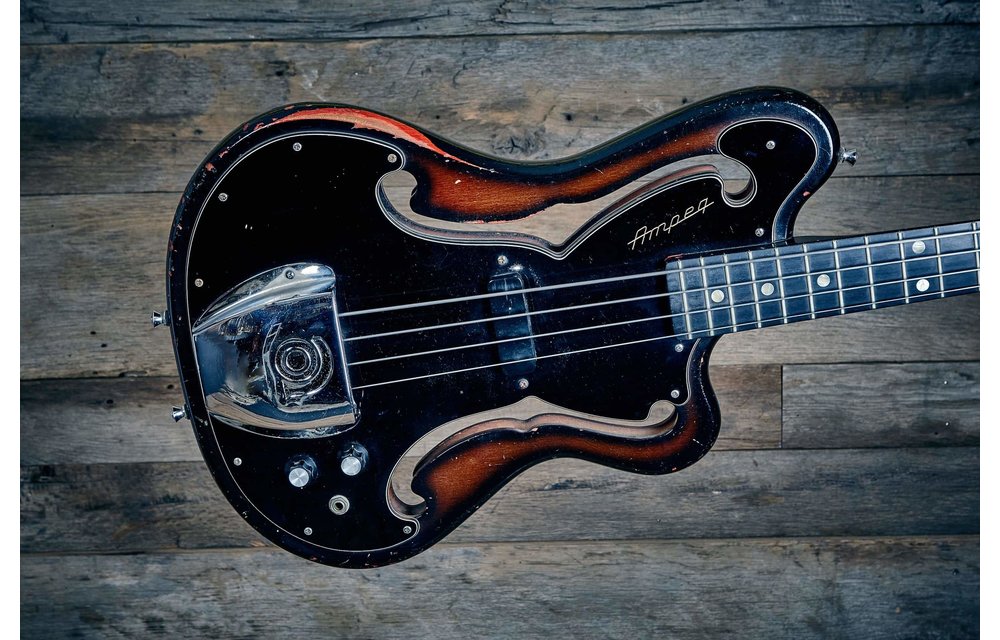 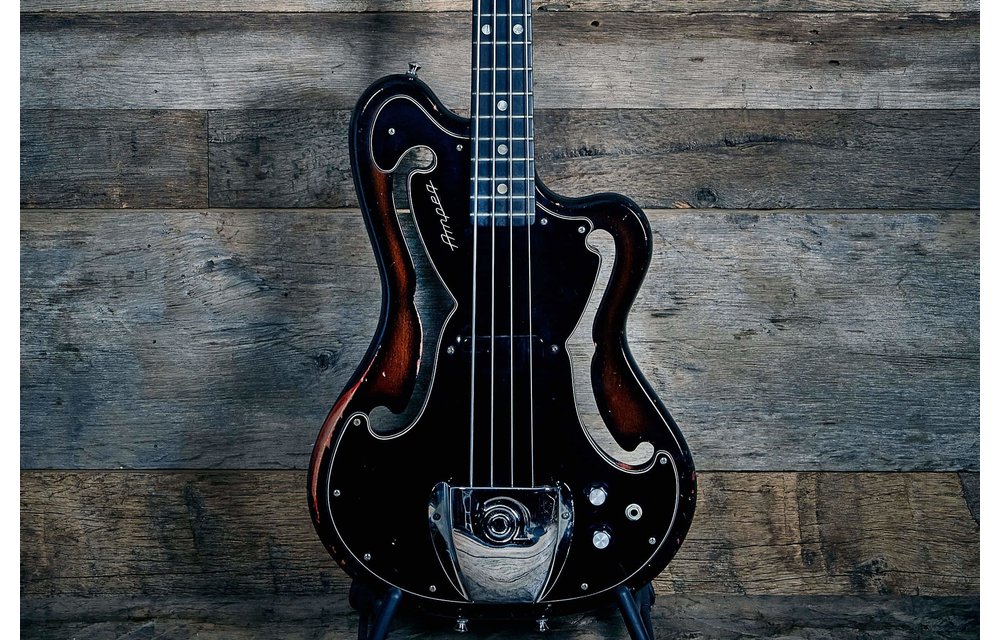 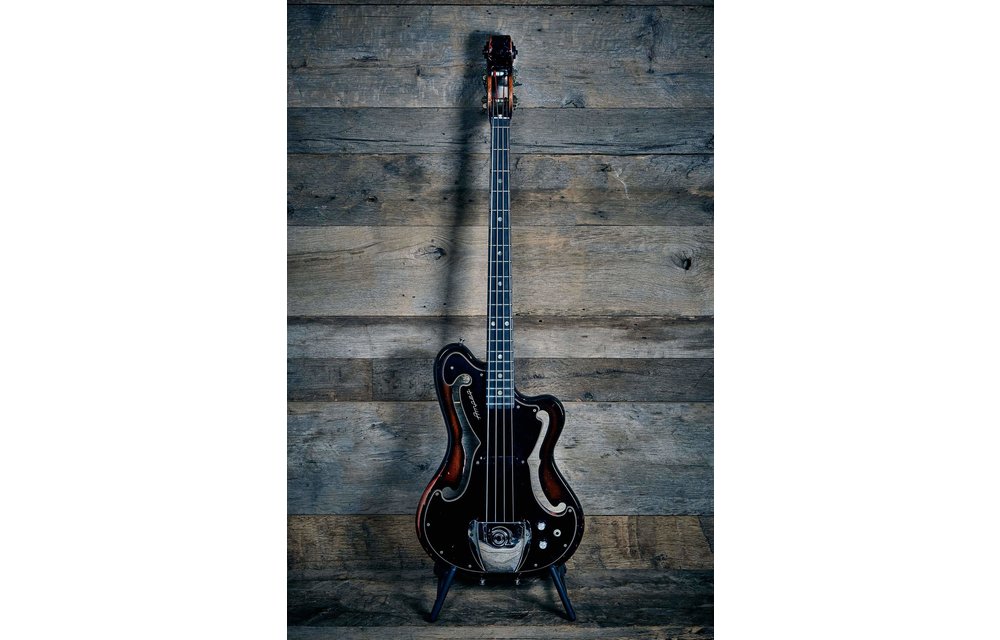 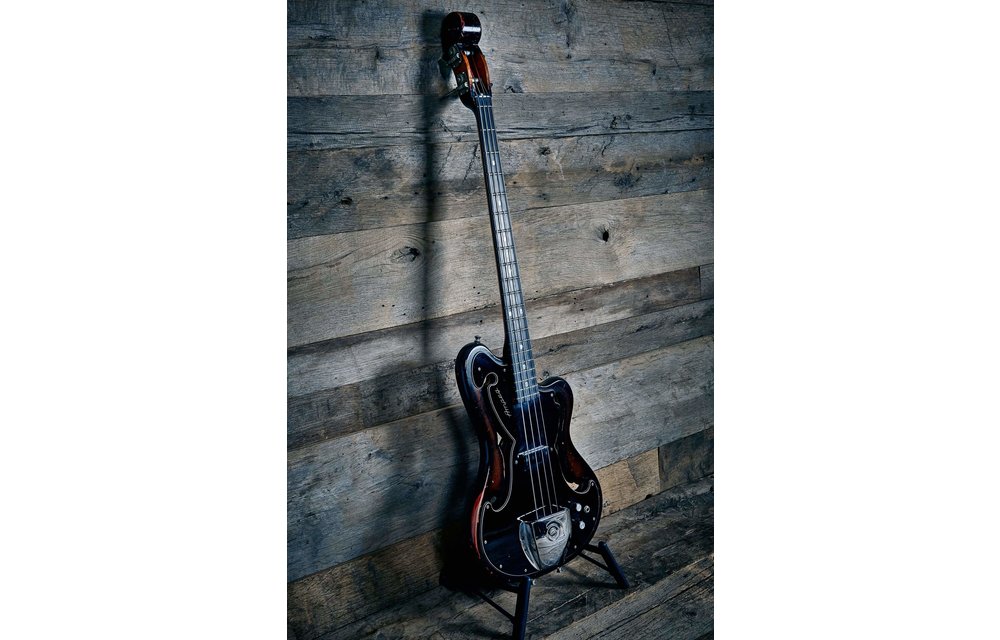 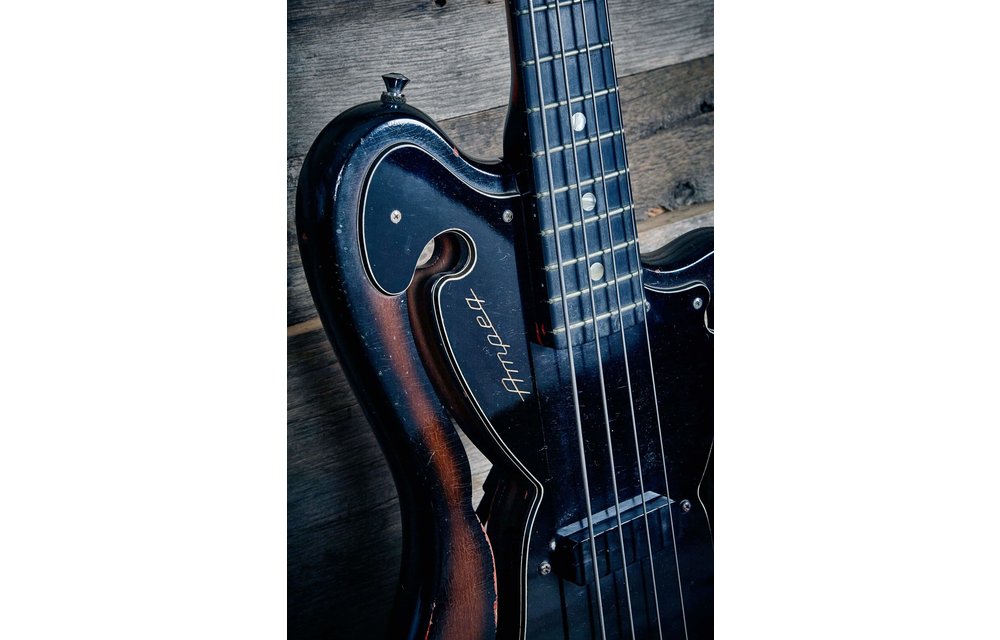 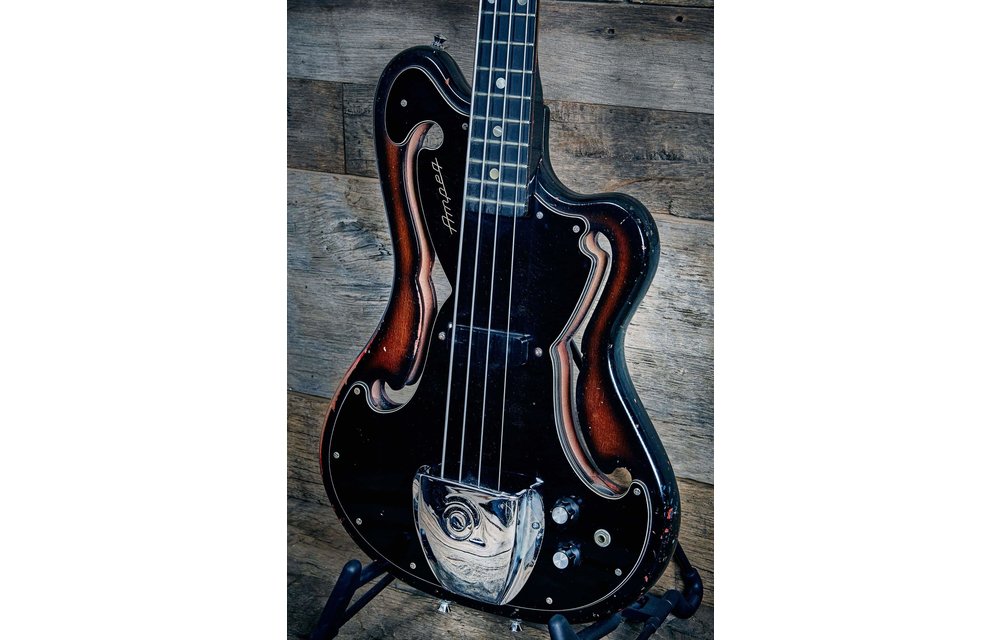 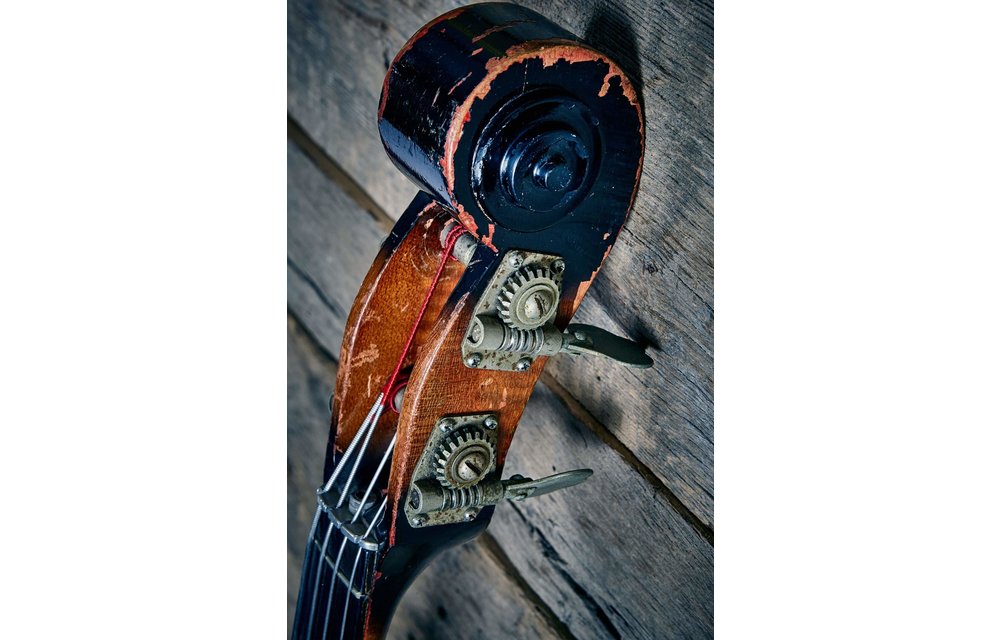 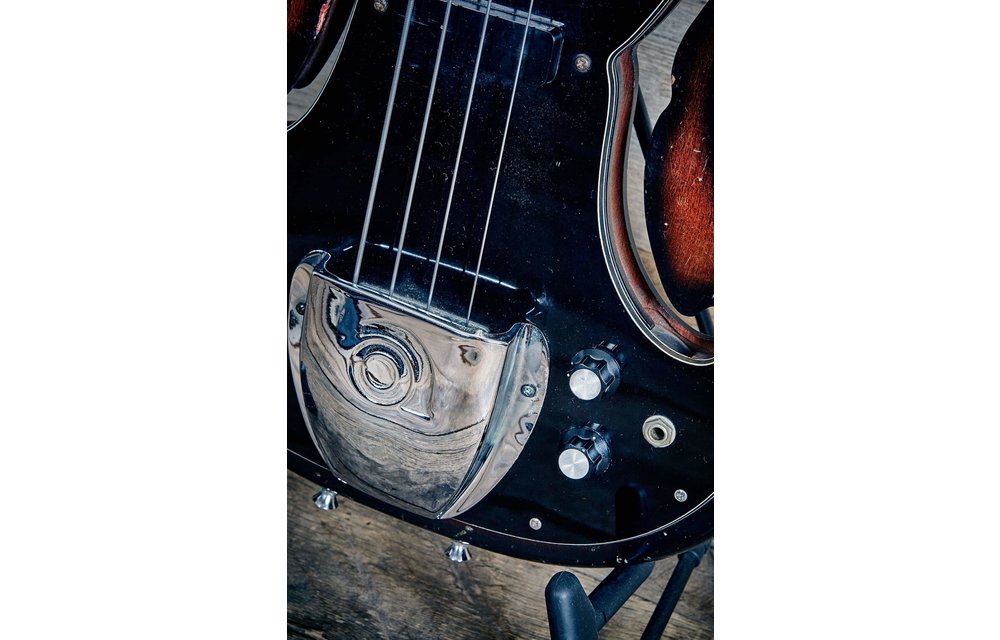 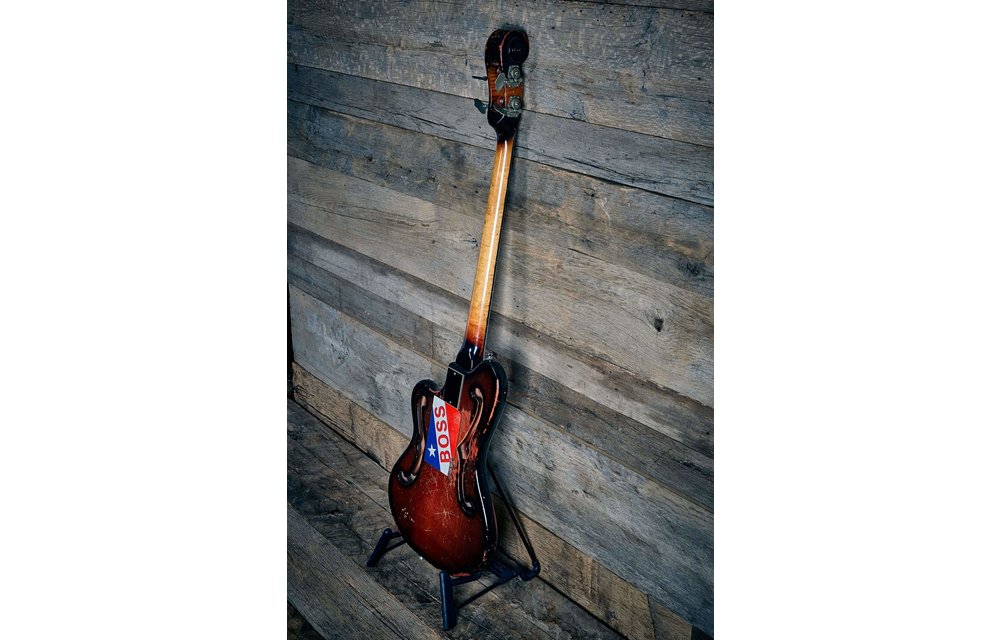 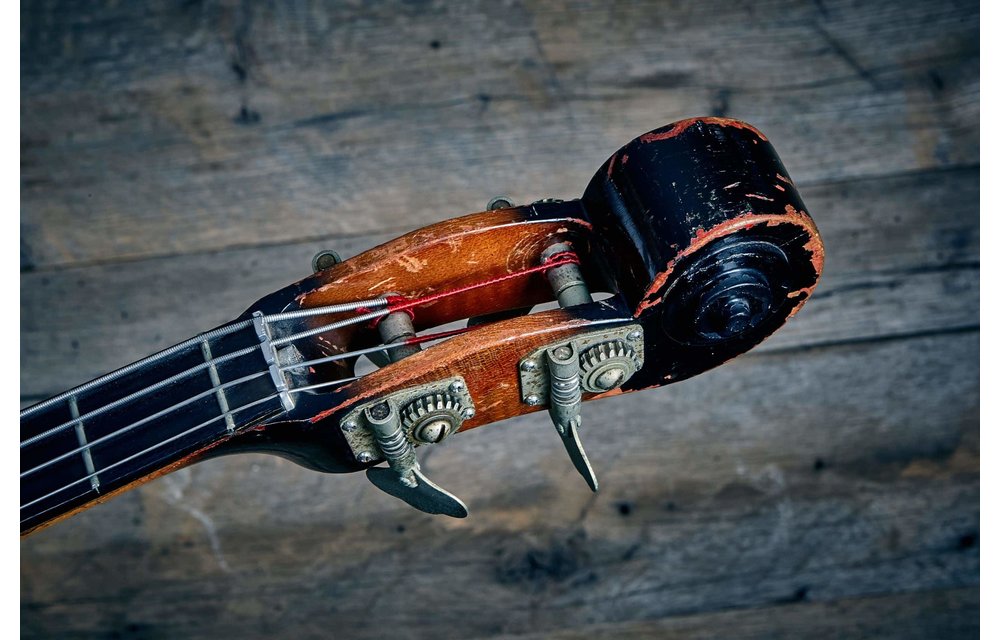 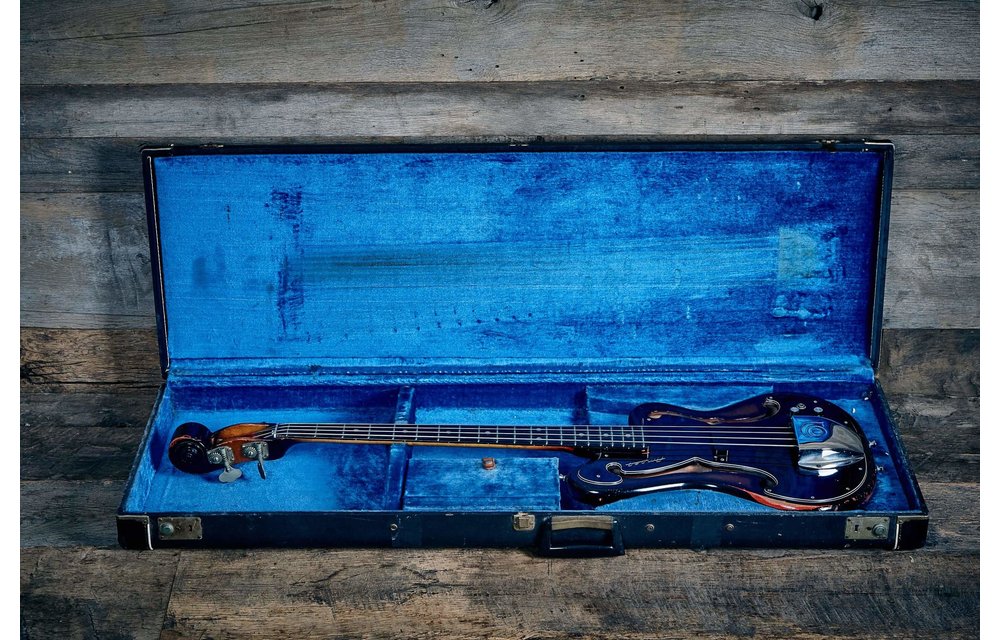 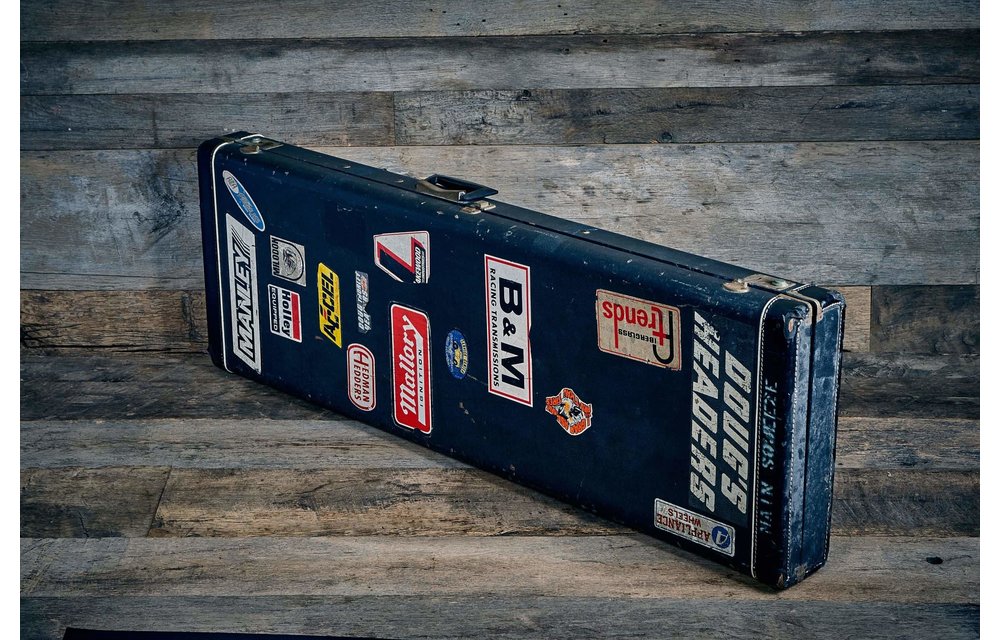 If pressed to describe this AMB-1 in one word, you could do no better than how it’s currently emblazoned on it’s back!

Surely drawing inspiration of the late, great Jimmie Rodgers who showed his appreciation to his audience with “Thanks” stenciled on the back of his prized Martin, this AMB-1 departs by stating just who’s in charge instead.

Made only between 1967-1969, the AMB-1 was part of Ampeg’s “Horizontal” bass series consisting of the AEB-1/AUB-1 (transducer and fretless transducer version of the AMB-1), ASB-1/AUSB-1 “Devil Bass” and SSB-1/SSUB-1 Short Scale Bass. Most notably made famous by Rick Danko -who employed an AUB-1 with a P-Bass pickup installed to get closer to the tone of the AMB-1- these basses were also found in seminal recordings from Boz Scaggs to The United States of America.

A steadfast jazz fan, Everrett Hull wished to combine the tone and aesthetics of upright basses with the greater ease and playing of Fender’s designs. Succeeding in every way imaginable, these basses have a certain clarity to every note due to the extra long scale and hollow construction while owing to the higher output magnetic pickup, a thump and punch that just hits consistently.

While the AEB-1 was produced in much greater numbers and more commonly seen, the AMB-1 is a true rarity with a scant few hundred made in total.

As fortune would have it, we are blessed with not one but two in the store currently and while they are both all original, there is just enough difference between them to encourage you to visit and experience them both for yourself.